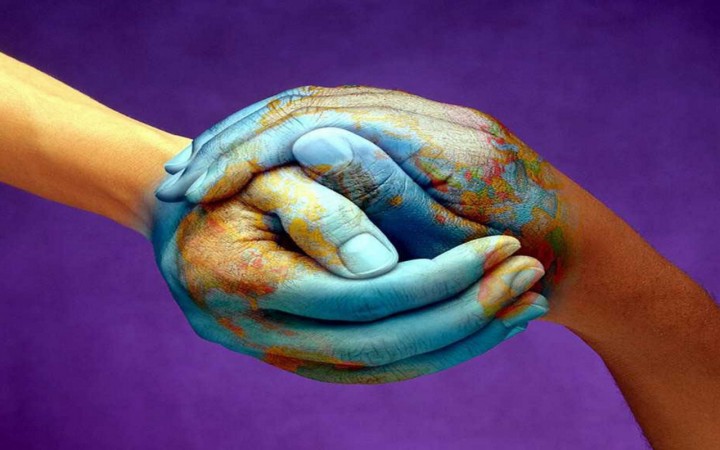 Hello there. Sit back, relax and enjoy as I’m about to, as usual, once again, unleash content into your brains  for you to smile or do whatever you do after reading a blog. But please do this humble Kenyan soul a tiny favour. Sharing is caring. It won’t hurt your little fingers or make your crush see you as some sort of loser. I’ve tried to find a word that rhymes with commenting but there isn’t any,so your comments will be highly appreciated.

Anyways let’s get to it now.

“Kill them with kindness .” Has that song ever streamed into your ears one day? Of course it has. Why am I bothering to ask you. It’s beautiful lyrics coming from the vocal cords of one Selena Gomez. What a fine lady she is right? Trust me I know. She blessed us with that song a while ago and we couldn’t get enough of it. Enough of her actually(evil laugh). Garnering more than a hundred million views on YouTube is no joke my friend. The song was one hell of a massive hit. Keep calm as you will soon get to know why I chose this particular song this time round.

The day was Wednesday, the fifth of July 2017. That’s the day this particular article was born and the reason for it’s birth occurred. Somewhere in the streets of Mtwapa, a young dreadlocked Kenyan(yours truly) and his cousin were busy being productive members of the society. We were slowly walking through the midday sun. Ugh! The sun!  That hot bastard! We appreciate you with all your benefits but please, sometimes be humble, sit down. To make matters worse, I was wearing a black t shirt. Surely, I was in regrets and my body was quick to react by producing endless amounts of sweat. I was literally drowning in my own sweat. Me trying to wipe the sweat with my handkerchief was pure bullshit. So there we were, on the pavements, engaging in small talk about how fucked up our family was. And by the way, let me ask you guys something: Is it me or why is it that in every family I suppose, there is this rich, I mean filthy rich;rich enough to buy some island in Hawaii or something. But, the said uncle is nowhere to be seen. All you hear is stories of his adventures in some corners of Europe or the Caribbean, yet at the same time there’s one family member who’s starving or has no means of educating his children. I mean…I try to think about it but nothing comes my way. Everyone has their reasons I suppose.

Anywho, my cousin and I decide to enter into one of the roadside fruit parlours and order the coldest available liquid they could offer. From my experience while living at the coast, if you haven’t realized that perfectly mixed sensation of relief, sweetness and relaxation when you sip a really cold drink after being lashed by the sun, then my friend you haven’t lived yet. We slowly slipped the drinks, savouring each and every sip. We are now through and our tongues have been cooled down to zero degrees Celsius. We walk out of the parlour and bam!

Bam! We looked up in total surprise. The weather was totally different from when we walked in. Just a matter of minutes and it was all cloudy. Cloudy af. Weather and it’s unpredictability. We proceed walking when out of nowhere we encounter a rather unusual sight. On the extreme end of the road next to the bushes, a guy was lying on the ground. I elbowed my cousin who was always busy with his phone bashing lies to whomever he was texting. We crossed the road in anxiety. On gaining ground, we saw his whole body suddenly erupt with violent shaking. His whole body man. His eyes were tightly shut and foam began moving from his mouth. My mind clicked:epilepsy. We looked around and the road was empty except for the parlour which we had left it miles away. I quickly signalled my cousin to run for help from there. He jumped into action and ran towards the parlour. There I was: Me staring at the epileptic man as he violently shook. I’m no first aid expert but I sure got some few tricks up my sleeve. I got hold of a stick and placed it in his mouth. To prevent him from biting off his tongue. I took off his shoes and then I quickly remembered one crazy rumour that I heard. A really crazy one and I had just a few seconds to think it over. Fuck it. I gave myself some motivation and did that crazy move. I took one of the shoe and placed it……don’t freak out…..on his nose!  I honestly felt like the dumbest person on earth at that moment. I held the shoe on his nose as I watched him. In my head I was like “Fuck man work, work “. I swear believe it or not, the shaking slowly grew less violent. I amazed and confused. How was it working? . I watched him as his eyes started blinking right before me. He blinked tightly as the shaking began ceasing. I heard my cousin calling out and he had arrived with a large crowd behind him. What are you doing? . He noticed the shoe on his nose and I was beaming with excitement to explain to him what I had just did. “Remove the shoe now “said some guy at the crowd. “So you know that technique ‘”he asked. I simply said yes to cut the long story short. The epileptic guy got into his senses and explained to us how he forgot his medications at home and immediately, a guy offered to take him home on his motorcycle. We helped him board the motorcycle and he was gone. Gone before I could give him back his shoe.

I honestly feel like a fricking hero right now.I couldn’t wait to reach home so I could pin down this writing.For once in my life I had just helped a stranger. And by the way, the shoe-trick works like a charm. So if you happen to be in a situation like mine, the shoe or some garlic would most definitely be of assistance.